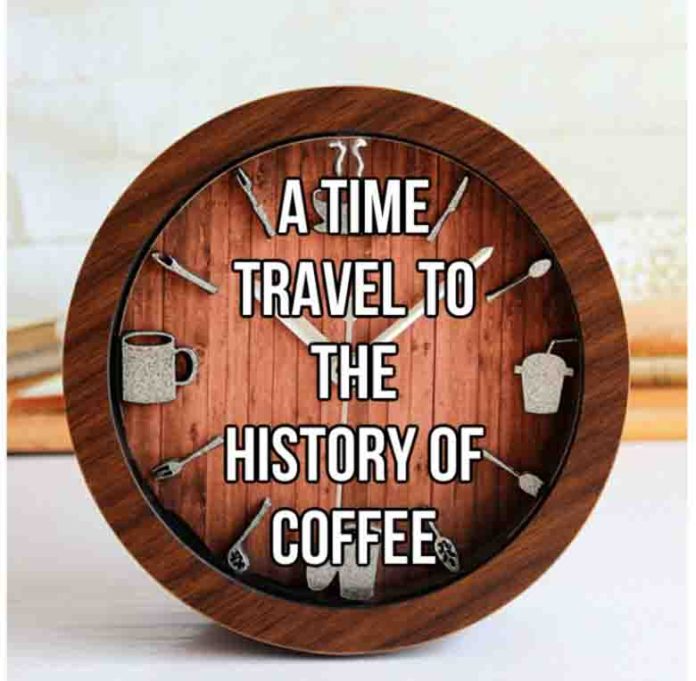 Did you know the history behind every cup of coffee you drink? Well for some they think that the history of coffee is just a simple timeline of events, but the journey of coffee is way more than just a simple timeline, but it is a long journey way back a thousand years. Also, did you know that coffee has gone through dark ages? Before coffee has been globalized and enjoyed by us, coffee went through a death-defying escape,international intrigue, and seductive romances. Going back to its history coffee is really a hot topic stirring conflict and controversies. Transporting coffees from the tropical island to the center of International trades, coffee has become banned, berated, hailed, and championed generating fear as enjoyment.

Let’s explore this dates and see the journey of coffee throughout the years.

Coffee has all begun way back 850 – An Ethiopian herdsman named Kaldi observed his goat, frolicking in quite a chipper mood near a bush. Subsequently, the goat chewed on the red berries and let out an exuberant “Baaaaaaahhh!” The coffee berry is discovered!

During 1000 years – Avicenna Bukhara a Physician and Philosopher writes the first ever record of literature describing the medicinal properties of coffee.

In 1100’s – an Arab trader return to his homeland Yemen bringing with him a coffee from Ethiopia. They cultivated the plant until it grows and made the first ever plantation of coffee, creating the most satisfying drink by just boiling the coffee beans in water. They called it”qahwa” meaning a drink that prevents sleep.

1453 – Ottoman Turks introduce coffee to the bustling power center of Constantinople. The Turks has experimented several mixtures of spices like adding clove, cardamom, cinnamon and anise for a most spicy, energizing concoction. Up till this day in Istanbul, this popular drink from 1453 is a blast from the past was still enjoyed by many.

1454 – The Mufti of Aden visits the Ethiopian countryside and sees the citizens drinking coffee. He tastes it and magically cures him, this is the start of the coffee popularity all throughout Mecca and the first coffee house is established, known as Kaveh Kanes, which are used for religious meetings. gossip, singing, and storytelling soon follow.

1475 – The first coffee shop open in Constantinople , which many claims are the first ever coffee shop to open in the history. This coffee shop has become a hot spot for lively discussions and political debates.

In Turkish culture, coffee is widely held as an aphrodisiac. In fact, coffee is a big part of Turkish culture that they even created a law for women that is legal to divorce their husbands if he fails to provide her with a daily quota of coffee.

The popularity of coffee is vastly spreading in 1511 this starts the dark ages of coffee. During this year the Governor of Mecca Khayr Bey banned the drink of coffee and shut down coffee shops all throughout the country, for the fear of its strong influenced in promoting discussion and debates that could lead to opposition to his rule.

Coffee revolution occurs, riots break out and the Sultan of Cairo intervenes and he proclaims that coffee is sacred, that is why the Governor needs to be executed for his false judgment about coffee.

1570 – This year coffee arrives in Venice. They valued coffee as a rare exotic find kind of drink that is too expensive that only made available only to the wealthy people where they made exchanges with their unique treasures. Sometimes coffee is also being sold to lemonade stands for medicinal purposes.

These are just some of the amazing journey of coffee before it has become popularized all over the world. Want to know more about coffee history? SUBSCRIBE to our NEWSLETTER or comment down below for a request. We want to know what you want to know. 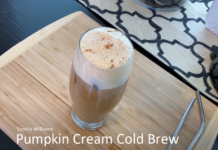 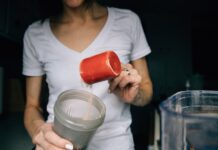 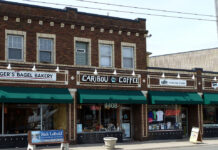 The Interesting History of Caribou Coffee