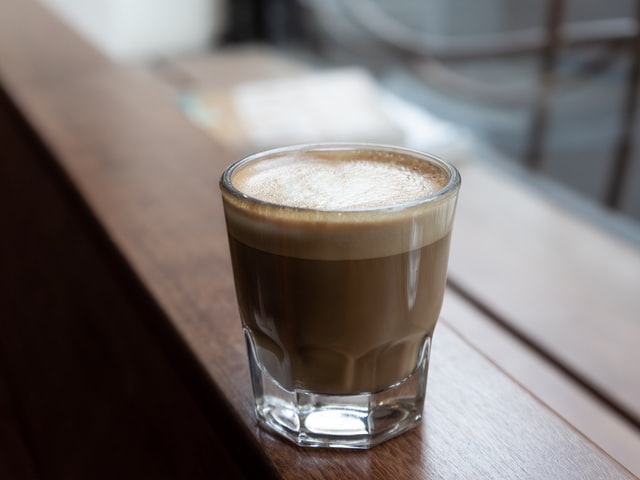 Cortado Coffee: The daily dose of java, especially in the morning, is a must for many people. Coffee is the ultimate punch that every coffee lover needs to kickstart their day. For some, sipping a cup of hot coffee is synonymous with a relaxing evening after a tiring day. For others, coffee is always on the go as it is the main kick keeping them on their toes. No matter which category you belong to, it is essential for every coffee enthusiast to know all the variations of their favorite drink.

If you desire an espresso but want it a tad bit lighter and lesser in strength without compromising the taste, then cortado is the one for you. Cortado coffee is fundamentally an espresso with a little bit of steamed milk to soften coffee’s bitterness. As compared to the other variations of coffee, milk in a cortado is not frothy or textured. It is only steamed and added to the espresso to cut down the strength of the coffee.

Originally belonging to Spain and translating to “cut through” in Spanish, cortado has gradually become popular in other countries too. It is claimed to share some characteristics with other coffee variations, such as Flat White and Macchiato.

For an ideal cortado, the milk must only be steamed to the extent that it dissolves completely in the espresso shot. Unlike other forms of coffee, cortado can also be made with cold and condensed milk in addition to hot milk. If you are confused between a cortado and other similar variations, you are not alone.

Differences between Cortado and Flat White

The key difference between the two is the domination of milk. Cortado relies heavily on the hot steamed milk that dilutes in the espresso shot – which, of course, offers a different taste than being diluted in water only. On the other hand, the main aim of the Flat White is to cater to the coffee lovers who want actual espresso taste without the overpowering taste of the milk.

Cortado vs. Macchiato and Cappuccino

An enthusiast of coffee will tell you how cortado falls somewhere between the Macchiato and the Cappuccino. The basis of all three of these is the same as all of them comprise the same amount of espresso shot.

The main difference people can spot is the milk used – a little less milk resulting in a smaller serving of coffee makes it a macchiato, while a little more milk with foam on top and a tad bit larger serving makes it a cappuccino. 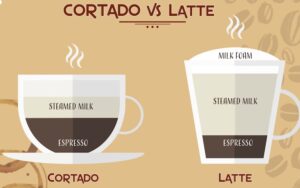 Cortado and latte might be considered the same. However, latte falls short of caffeine content when compared to cortado. A latte is prepared with a smaller amount of espresso and with more milk than cortado. More milk and the lesser ratio of espresso imply that latte is more dilute than cortado.

Grab an espresso machine and become your own barista! Here you go: 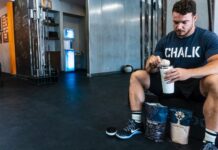 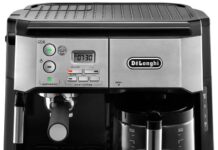 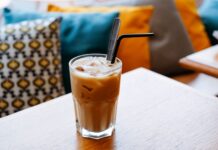