A former hedge-fund manager who accused Luckin Coffee Inc. of fraud in a scathing report released in 2020 is now publicly supporting the company, calling it “a miracle in China’s business history.”

Luckin Coffee, a Chinese cafe chain, went public in May 2019 on the Nasdaq Stock Market and was forced to delist in June 2020 after revealing that some of its former executives and employees had fabricated more than $300 million in sales.

The company’s disclosure followed an anonymous report by American short seller Carson Block of Muddy Waters LLC, who published the report along with Snow Lake, a China-based consultancy. Ma declined to comment on whether his firm was involved in the Snow Lake report.

Luckin’s fraudulent activities caused investors to lose billions of dollars, stunned Chinese and American regulators, and made the company a poster child for the need for tougher accounting oversight of foreign companies listed on American stock exchanges.

A Wall Street Journal article published in May 2020 revealed that several companies involved in inflating Luckin’s sales and expenses had ties to then-chairman Charles Lu.

Since being delisted, Luckin’s American depositary receipts have been traded over the counter. The company was fined by Chinese regulators and reached a settlement with the U.S. Securities and Exchange Commission before going through bankruptcy-court proceedings and settling lawsuits from creditors and shareholders.

In March 2019, Luckin Coffee emerged from bankruptcy and is now controlled by Centurium Capital, a Beijing-based private equity firm. The company replaced most of its management team and ousted many employees who participated in the fraud.

Luckin’s shares have gained more than 80% this year, boosting the company’s value to about $4.4 billion. The company has resumed its expansion in China, opening more stores and selling a wider variety of coffee drinks that appeal to Chinese consumers’ tastes. It reported $107 million in net profit for 2021, the first time it had ever turned a profit.

In an interview, Mr. Ma declined to comment on how many Luckin shares he holds or his firm’s assets under management, saying only that it is smaller than the $3 billion it disclosed in early 2021. Snow Lake closed its Asia fund at the end of 2021 and still has two funds that focus on China.

Luckin is projected to achieve 2.8 billion yuan in net profit in 2024, which is equivalent to about $390 million in today’s dollars and a multiple of 35 times earnings, similar to its estimate of the valuation of Starbucks’s China business. 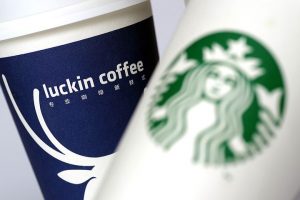 Snow Lake said it expects Luckin’s expansion into smaller Chinese cities to increase the coffee chain’s market share. On the other hand, Starbucks is more popular in large metropolitan areas.

According to Snow Lake’s report, China’s zero-Covid policy has sapped consumer confidence over the past year, but Luckin’s no-frills stores that focus on “grab-and-go” have helped the chain weather the disruptions.

Luckin Coffee’s reported revenue grew 72% to $493 million for the three months that ended June 30, surpassing Starbucks’s recent sales in China, which dropped 44% to $544.5 million in the quarter that ended July 3.

Interesting Facts about Luckin Coffee and Coffee Business in China

Although he made a poor investment in casino operator MGM China Holdings Ltd., he said he is very optimistic about Luckin’s prospects—and the possibility that it could relist in the U.S. 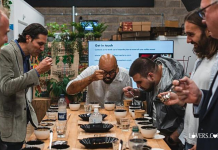 How To Plan a Killer Coffee Event and Why Do it? 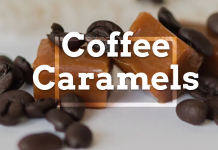 How to Make Coffee Caramels at Home? 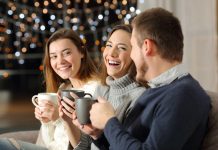 Coffee and Winter – The Perfect Combination!